Only 6 left in stock

Free delivery to Mainland UK on all orders: we ship from the UK, no hidden import fees.

Aged for two years in French and American oak, in a cellar housed within a 13th century Franciscan monastery. This Crianza red wine brings exactly what people want and expect from Ribera del Duero: concentrated taste and aromas of black fruit, and a sensuous elegance.

“A slew of sweet mulberries here with some bitter chocolate and hints of herbal liqueur and something balsamic. A generous palate with tannins that are quite polished for this category, and an appealing, supple finish.” – 91/100 James Suckling (2014 vintage)

This bottle is a Crianza made from the red grape varietal Tinto Fino (the name used for Tempranillo in this part of Castilla y Leon), aged two years with 14 months in 225l French and American oak barrels in the ageing room.

The Convento San Francisco winery was founded in 1998. It is housed within the 13th century remains of the San Francisco convent in Penafiel at the heart of the D.O. Ribera del Duero.

Ribera del Duero is one of eleven ‘quality wine’ regions in Castilla y Leon in northern Spain. Having gained an international reputation for its high-quality red wines made mainly from Tempranillo grapes, Ribera del Duero was named Wine Region of the Year 2012 by the prestigious Wine Enthusiast Magazine. 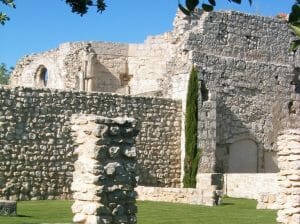 In the winery of Convento San Francisco, the Tinto Fino grapes are grown on old vines between 24 and 105 years old at 760-970 metres above sea level, and manually harvested into 15 kg crates.

Upon arrival at the winery, the best bunches are selected using a vibrating sorting table. After destalking, the grapes are then placed on a second sorting table before going to tank for the maceration and fermentation processes.

After the pre- and post-fermentation macerations, the wine is separated from the skins and in left to stabilise in receiving tanks. Pressing is not used in the production of these wines. 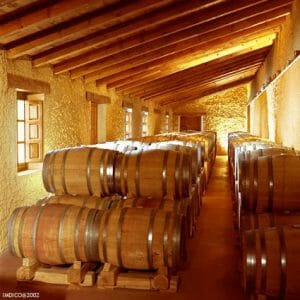 After a number of weeks, the free-run wine is transferred into French and American oak barrels in the ageing room where it undergoes malolactic fermentation and ages over a period of several months, the specific length of time depending on each vintage. It is then skilfully blended for bottling and stored until sale.

Aroma & Palate: “A slew of sweet mulberries here with some bitter chocolate and hints of herbal liqueur and something balsamic. A generous palate with tannins that are quite polished for this category, and an appealing, supple finish.” – 91/100 JamesSuckling.com (2014 vintage)

The perfect accompaniment to red grilled or barbequed meats, stews and slightly chilly dishes. Fresh yet complex pairs beautifully with a broad range of cheeses.

There are no reviews yet.

Free next business day delivery to Mainland UK on all orders containing one or more bottles. Allow 1-2 extra days during the busy Christmas season. Read our full Terms and Conditions.

How much does it cost?Standard next day delivery to Mainland UK is free. Check our delivery map as well as prices to Northern Ireland and Scottish Highlands. We deliver to the EU and the USA - contact for quote.

Sending wine as a gift?We provide free gift wrapping and are happy to add your note with the wine. See what our gift wrapping looks like.

When's the cut-off time?Orders placed by 4pm will be dispatched on the same day, while orders made after 4pm will be sent the next business day.